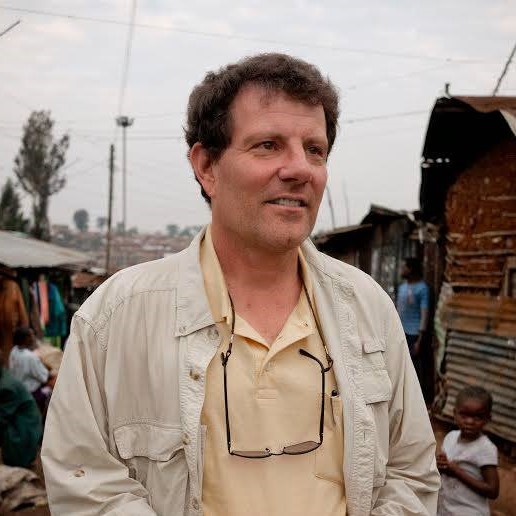 Nicholas Kristof is a journalist, columnist, and political commentator. He has been a columnist for The New York Times since 2001. He grew up on a farm in Oregon, graduated from Harvard, studied law at Oxford University as a Rhodes Scholar, and then studied Arabic in Cairo. He was a longtime foreign correspondent for The New York Times and speaks various languages.

After joining The New York Times in 1984, initially covering economics, he served as a Times correspondent in Los Angeles, Hong Kong, Beijing and Tokyo. He also covered presidential politics and is the author of the chapter on President George W. Bush in the reference book “The Presidents.” He later was Associate Managing Editor of the Times, responsible for Sunday editions.

Mr. Kristof has won two Pulitzer Prizes, along with many humanitarian awards such as the Anne Frank Award and the Dayton Literary Peace Prize. With his wife, Sheryl WuDunn, he has written several books including China Wakes: The Struggle for the Soul of a Rising Power, Thunder from the East: Portrait of a Rising Asia, A Path Appears, and No.1 best seller Half the Sky. Their latest book, Tightrope: Americans Reaching for Hope, was published in January 2020.